Your body has been pre-programmed to sustain life. Each cell, body part, organ and energy system is genetically encoded to work for continued survival of the organism. Your brain acts as a giant “switchboard” to channel energy into action to maintain body function. Every symptom in your body constitutes a signal–a warning that something is not quite right.

Originally developed by physicians and neurologists, NRT grew out of the importance of detecting and correcting problems of the autonomic nervous system, as well as all other organs of the body. NRT allows the practitioner to restore the self-regulating mechanisms of the body, allowing the patient to return to a state of health. 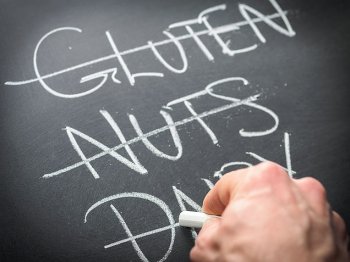 NRT is often effective where other treatments fail and is effective for most chronic and acute illnesses. These include but are not limited to allergies, chronic pain, chronic infections, immune problems, depression, anxiety, multiple sclerosis, chronic fatigue, fibromyalgia, pre-menstrual syndrome, menopause problems, cancer, diabetes, seizure disorders, attention deficit hyperactivity disorder, sinusitis, digestive problems and many others.

Make a 30-minute appointment to test for your individual nutritional needs.

During each session, Dr. Coberly will evaluate you with special attention focused on identifying any of the factors that are contributing to current symptoms. This includes detecting imbalances that create a disturbance of the autonomic nervous system.

A typical visit may reveal that a patient has gluten intolerance, heavy metal toxicity and a scar from a past surgery that are all causing stress on the ANS. Primary treatment could include light therapy, dietary advice to avoid food allergens, and a personalized whole food based supplementation protocol.

Come back in two to four weeks for another test to see your response to the supplementation program and dietary recommendations.

“Nutrition Response Testing (NRT) enables us to test each patient at a core level and identify the real causes of autonomic dis-regulation. We can now correct the root of the problem using time tested nutritional protocols that are safe, sensible and economic, which produce the results we have always felt were possible for our patients.”
– Dr. Freddie Ulan, D.C., C.C.N.