A Cup Full of Sugar 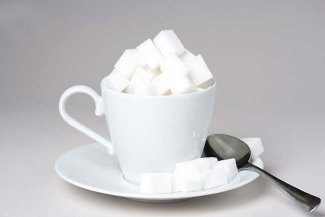 A Cup Full of Sugar

Have you ever seen the movie Mary Poppins? In the movie there is a scene where she is getting the children to clean their rooms, and she sings a song with the famous line, “Just a spoonful of sugar helps the medicine go down.” Based on current trends, the average American would have to take a cup full of sugar to get down all the medicine they are taking.

If you spend some time searching the CDC website, you can also find lots of other interesting facts. For example, the World Health Organization rates the health of the average American 72nd in the world and rates our health care system 37th in the world. At the same time our population is getting more obese every year. Finally, we are second in the world in how much we spend on health care measured as a percentage of the Gross Domestic Product.

When you put all this together, it seems too absurd to be true, but I encourage you to look into the facts yourself. We spend billions of dollars on health care and medication while as a nation we are getting heavier and sicker every year. Everywhere you turn there is an advertisement telling you to take the next great medication that will help you live a healthy productive life. Unfortunately, the evidence tells another story. I encourage you, if you haven’t already done so, to take control of your health and start making those changes that will enhance your lifestyle in a way that will help you achieve true health and wellness.