Four Case Studies That Support Going Upright in the Workplace 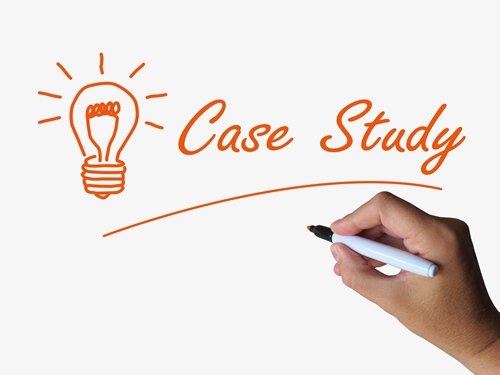 Four Case Studies That Support Going Upright in the Workplace

If you are considering going upright in your workplace or workspace, you are not alone. Companies large and small are recognizing the benefits of this healthy, spine friendly way of working and they are incorporating it into their employees’ work stations. It places the body in an optimal position, between standing and sitting to provide an ergonomic solution to working at a desk that saves space too. Even home offices are getting in on the movement. These case studies tell the stories of four companies that incorporated upright workspace technology for their own organizations.

Rhode Island based start-up company, ShapeUp, is a health and technology centered small business with just employees. It manages the design and implementation of socially activated wellness programs in the workplace. They were looking for furniture that was high quality and tough enough to withstand a workforce that was very active. At the same time, it needed to promote good heath to remain consistent with the company’s health oriented ideals.

Their first step moving in that direction was to purchase several community upright workstations. This would allow employees to get upright at various points during the day. The feedback from employees was so positive that upright workstations were placed in each employee’s work area.  They reported reduced back pain and increased energy, attributing it to the simple act of going upright.

FLUX, based in San Francisco, is a small tech company with fewer than 50 employees. The venture backed start-up created software that “reimagines sustainable building design.”

In 2012, Nicholas Chim, the company’s founder, began searching for body friendly workstations that would help keep his energy level up and help him maintain his focus. He purchased an upright station for himself to keep in his work area. Many of the employees expressed great interest in this strange, new workstation. Once, Chim came home from a business trip and found that one of the employees had taken over his upright station.

Katie Rowe Mitchell has a home office where she runs her start-up, Unfold Yoga + Wellness with her friend and partner Nicole Elipas Doherty. The company brings meditation practices and accessible yoga to organizations as a wellness measure for the companies’ employees. She left her long time corporate job that left her feeling physically uncomfortable, overstressed, and overworked due, in part, to her sedentary work style.

She recognized the link between yoga and having more energy and better focus so she left her corporate job to start her own company that would bring yoga to stressed out workers. In her own home office, Katie wanted a more active work style and an upright work station was the answer. It keeps her engaged in mind, body, and spirit. She has a newfound sense of freedom that sitting behind a desk for hours every day did not provide. Going upright opened a whole new world for Katie.

Tech non-profit Wikimedia Foundation is based in San Francisco and has 200 employees. It powers several collaboratively edited projects including Wikimedia. When the company decided to redesign their office space, they decided that they wanted to create a work environment that empowered and encouraged employees to work together. They chose a dynamic environment with an open floorplan – and they included several upright stations. These workstations were grouped together so that all of the employees would have an opportunity to use the stations at different times. The upright desks also proved to be space saving and took up less room in the work area than traditional desks and chairs.