How Chiropractic Helps Those Who Suffer from Meniere’s Disease 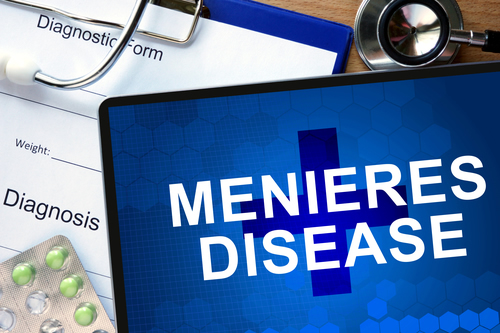 How Chiropractic Helps Those Who Suffer from Meniere’s Disease

Chiropractic has been proven to help many health conditions, including those that seem completely unrelated to the spine. Meniere’s Disease is one of those conditions. A disorder of the inner ear, Meniere’s Disease affects somewhere between 3 and 5 million people in the United States alone. The good news is, the majority of patients, as much as 95 percent, are able to control their Meniere’s with medical treatments. Chiropractic has been found to be very effective in relieving patients of their symptoms of Meniere’s.

What is Meniere’s Disease?

Meniere’s Disease is a disorder that affects the inner ear, causing ringing of the ears and other uncomfortable symptoms. It affects around 200,000 people every rare, typically adults ranging from 20 to 50 years of age. It does not seem to prefer one gender over the other, affecting both equally.

Symptoms of Meniere’s Disease include:

These symptoms usually come and go and the patient may experience one episode but not have another one for a year or more.

Diagnosis and Treatment of Meniere’s Disease

The doctor who suspects Meniere’s Disease will take the patient’s medical history and conduct a series to tests to determine if the patient has any hearing loss or if their balance is compromised. They will also order a series of blood tests and other lab work in order to rule out other conditions.

While there is not cure for Meniere’s Disease, it can be managed fairly well with drugs like anti-nausea medications and motion sickness medications. There are also other procedures and noninvasive therapies that have proven to be beneficial. Rehabilitation, a Meniett device, and a hearing aid are all effective treatments. Chiropractic care is also proving to be highly effective and a strong treatment option.

Chiropractic care in the form of spinal manipulation or adjustments of the upper cervical area has proven to be very helpful with many of the symptoms of Meniere’s. There have been several case studies that show in many cases certain chiropractic techniques can relieve patients’ pain and symptoms. This is usually due to a subluxation in the upper area of the neck. This restricts movement and throws the body out of alignment.

In many cases, patients who pursue chiropractic services for their Meniere’s Disease are eventually able to stop taking the medications that are prescribed to ease the symptoms. They also find that after the chiropractic treatments, they have more energy, are more flexible, have better mobility, and have a much more positive outlook.

Doctors of Chiropractic advise patients who have been diagnosed with Meniere’s Disease to seek out chiropractic treatments. They typically consist of chiropractic adjustments and the patient can walk out when they are finished. These treatments are effective and safe but drug free and non-invasive. In most cases, it is a preferred way to manage the symptoms and the disease itself.

If you or a loved one suffer from this condition, consider chiropractic. Our Doctor of Chiropractic would love to help. Simply give us a call and we’ll see if chiropractic is the right approach for you.