Salt is Good for You 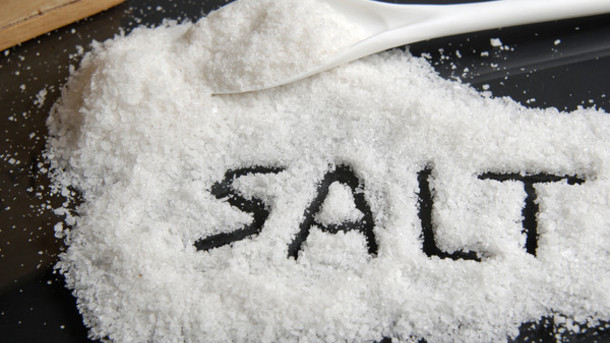 Salt is Good for You

One of the most pervasive and stupid things that we are currently told to do is to reduce salt intake. This advice has never been based on controlled clinical studies, ever. Yet, as with the cholesterol myth, the dogma that we should all reduce salt intake has become impervious to facts. I find that the ‘salt hypothesis’ is rather like a monster from a 1950s B movie. Every time you attack it with evidence it simply shrugs it off and grows even stronger.

Very recently, a study was done in Australia looking at salt intake. Actually it looked at sodium intake, not salt intake. I find this interesting, as no-one that I know eats sodium. In fact, it would be interesting to see someone try. To quote from Wikipedia

‘Sodium is generally less reactive than potassium and more reactive than lithium. Like all the alkali metals, it reacts exothermically with water, to the point that sufficiently large pieces melt to a sphere and may explode; this reaction produces caustic sodium hydroxide and flammable hydrogen gas.’

Consuming two grams sodium would likely cause you to explode, splattering sodium hydroxide over the walls. Along with various organs and other body parts.

So why do people talk about sodium consumption? I have never really worked this one out. But it does make things rather confusing. The latest guidelines suggest we should consume less than 2300mg of sodium a day, even as low as 1500mg. Go on, try it. Any idea how much salt (NaCl) that would be? Any idea how much salt you consume every day? No, thought not.

Yes, we have been given guidelines that are totally meaningless, and impossible to follow. In fact 2300mg of sodium is roughly 6000mg of salt (NaCl). So why are we not advise to eat six grams of salt a day? I have no idea. Perhaps someone can tell me. What is this sodium nonsense? [Not that anyone has any idea what six grams of salt even looks like poured out of a salt shaker – I know, I have tried this several times.]

Of course, when I started looking into this area, I went at it sideways. If we eat salt we are eating both sodium, and chloride. You cannot have one without the other. So I became interested in the chloride issue, not the sodium. We are always warned about sodium, but no-one ever mentions chloride levels. Is there any evidence that high chloride consumption is bad for us?

This is an area mostly defined by silence, and zero research. But I have found a few papers looking at chloride levels in the blood and, guess what? They have all found that a low chloride level is associated with a higher mortality. Here is one such, entitled ‘Serum chloride is an independent predictor of mortality in hypertensive patients.’

‘Low, not high Serum Chloride- (<100 mEq/L), is associated with greater mortality risk independent of obvious confounders. Further studies are needed to elucidate the relation between Cl- and risk.’  (view here)

There you go. Having a low chloride level makes it more likely you will die early. Yet, having a high level of sodium consumption makes is supposed to kill you? And you cannot eat sodium without eating chloride at the same time. Go figure. You mean you can’t?

Anyway, to return to the, not yet published Australian study, here is what they found.

‘In a multivariate-adjusted model, those who consumed less than 3000 mg of sodium per day had a 25% increased risk of all-cause mortality and cardiovascular events compared with those who consumed between 4000 mg and 5990 mg/day (reference group).’ [1]

The guidelines tell us to eat less than 2300mg of salt. At this level, if we use the Australian data, overall mortality will be increased by 25%. Excellent advice then. And this is not just one contradictory study. Several other trials have clearly demonstrated that reducing salt intake significantly increases mortality in high risk patients. Particularly those with heart failure, where it would be expected that salt reduction would have the greatest benefit. Yet the trials showed the exact opposite.

As explained in the Journal Stroke. The section I have quoted below is taken from a reply to an article entitled “Reducing Sodium Intake to Prevent Stroke: Time for Action, Not Hesitation” In this article Appel, the author, argues strongly that we must, absolutely must, reduce sodium intake. In reply, three cardiologists make the following points:

‘In regards to patient-oriented outcomes, Appel dismisses randomized trials in patients with heart failure as irrelevant because of the unconventional treatment approach of the investigators. Yet these trials—showing increases in hospitalizations and mortality with low-sodium intake versus normal-sodium intake—tested identical diets in intervention and comparison arms with the only difference being the level of ingested sodium (making these trials more relevant than DASH-Sodium and other trials Appel cites). Also, Appel fails to cite 3 relevant heart failure trials, all consistently show harm with reduced sodium intake.’ [2]

In short, Appel, along with most ‘experts’ in this area had dismissed evidence he did not like.

In reality, you can eat just about as much salt as you can stand – without harm. (Unless you have damaged kidneys and/or very high blood pressure)

How can I possibly state this? Well, a very wise Swedish professor pointed something out to me a few years ago. If a patient is very ill in hospital and cannot eat, or drink, they will have a drip put up to replace fluids. This very often contains 0.9% NaCl. Or nine grams of salt per litre. Quite often the patient will have two litres of this replacement fluid a day – which is (as you may have figured) 18 grams of salt.

So, we quite happy to give critically ill patients 18 grams of salt per day to help them get better – which has no discernable effect on their blood pressure, or anything else. Yet we tell people that they cannot eat more than six grams a day. Ho, ho. You earthlings are so funny.

References (may require site registration or membership to access)