What Chiropractic Patients Want To Know About Bell’s Palsy 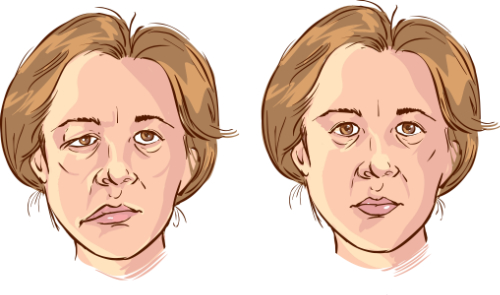 What Chiropractic Patients Want To Know About Bell’s Palsy

People with Bell’s Palsy usually have limited treatment options. Because the condition affects each person differently, there is no one-size-fits-all treatment. The steroid prednisone is often prescribed to treat patients, but there are many harmful side effects. Massage and physical therapy may also be used, but the results. Chiropractic care is a noninvasive, medication free way to treat Bell’s Palsy and there are several studies that prove it.

What is Bell’s Palsy?

Bell’s Palsy is a condition that is marked by temporary facial paralysis due to trauma or damage done to the nerves in the face. The facial nerve, called the 7th cranial nerve, resided in the skull, traveling through the Fallopian canal (a bony, narrow canal in the skull) and extending from just under each ear to the muscles that are located on either side of the face.

This nerve is mostly in a hard, bony shell with just small portions that are exposed, allowing it to move the muscles on each respective side of the face. The facial nerve controls the mouth (smiling, forming words, etc.), closing the eyelids or blinking, frowning, and similar movements. It also transmits nerve impulses to the saliva glands, tear glands, taste sensations, and the muscles of the stapes (small bone located in the middle ear)

Bell’s Palsy affects the facial nerve, disrupting its function so that messages from the brain cannot reach the associated muscles. This results in facial paralysis or weakness.

This condition is not related to stroke, although some people may mistake it for a symptom of stroke. It usually only affects one side of the face. Incidences of Bell’s Palsy affecting both sides of the face at the same time is very rare.

Bell’s palsy symptoms can vary widely from patient to patient, depending on severity. Some common symptoms include:

The symptoms usually come on suddenly and progress fairly rapidly, reaching their full effect within about 48 hours. It can leave the face very distorted during the time that the patient is experiencing a flare up or symptoms.

Milder cases of Bell’s Palsy are typically not treated and the symptoms will subside on their own in 10 to 14 days. More serious cases may require medical intervention such as medications like the steroid prednisone, acyclovir, and even ibuprofen or acetaminophen.

In severe cases where the eye is affected, the patient may not be able to close the eyelid so protecting that eye is a necessity as is keeping it from drying out by using lubricating eye drops. Facial massage, physical therapy, and acupuncture may also be used. Surgery for Bell’s Palsy is very rare due to its controversial nature.

The cause of Bell’s Palsy is not known. Doctors do know that it is the result of the facial nerves becoming inflamed, swollen, or compressed, but why this happens is still a mystery.

Some researchers speculate that a viral infection could be the culprit. The theory is that an illness like the common cold sore virus or viral meningitis causes the nerves to become inflamed and swell in the Fallopian canal. This causes pressure on the nerve, cutting off the oxygen and blood supply to its cells.

Some common conditions that Bell’s Palsy has been associated with include:

Case studies show that chiropractic for Bell’s Palsy is very effective. In some cases, the patient sees results almost immediately.

The chiropractor traditionally will deliver a chiropractic adjustment to the cervical spine. It is a safe treatment and generally works faster than other Bell’s Palsy treatments, including medication.