What Chiropractic Patients Want To Know About Vegan Diets vs. Vegetarian Diets 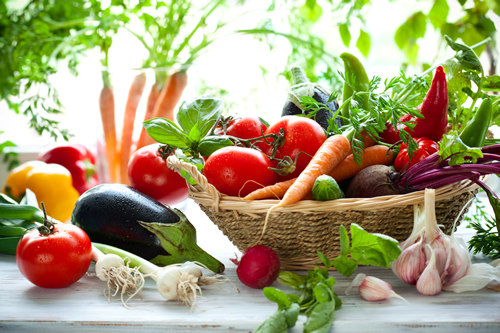 What Chiropractic Patients Want To Know About Vegan Diets vs. Vegetarian Diets

Vegan and vegetarian diet have long been touted as some of the healthiest diets for people of all walks of life. There is a lot of confusion and many misconceptions, though, about the two.

What most people don’t realize is that there are many sub-category diets that fall under vegetarianism, some of which include animal by-products, seafood, and even meat. Understanding veganism and vegetarianism as well as knowing the benefits of these diets can help chiropractic patients stay healthier, get more active, and stave off many chronic illnesses.

Is there a difference between vegan and vegetarian diets?

There are distinct differences between veganism and vegetarianism although many books and even food companies fail to clearly distinguish the two. While it is true that they are very similar diets, the differences are significant.

Vegans do not eat any animal by-products or animal flesh at all. This includes seafood. They also do not use products that use animal testing or that are made from animals including leather products.

On the other hand, vegetarians typically abstain from eating animal flesh, but do often eat animal by-products such as dairy products and eggs. Some also eat seafood including fish, shrimp, and crab. They are also a little more relaxed when it comes to the products they purchase as well.

What is a vegetarian diet?

There are also what are known as “semi-vegetarians” although there is some controversy over whether they should be classified as vegetarian or not.

What is a vegan diet?

A vegan diet excludes all animal by products and meats. True vegans do not use or wear anything derived from animals (leather, snakeskin, etc.) or that is tested on animals. Most vegans tend to avoid sodas, sugary sweets, processed foods, and ready-meals, while choosing organic, high quality foods.

Still, there are a few variations of veganism too. For instance, a raw vegan combines a vegan diet with a raw diet meaning that they exclude all products and foods of animal origins as well as food that has been cooked at a temperature greater than 118 degrees Fahrenheit.

The Paleo vegan is defined by the types of foods that are eaten. It is still meat and animal product free, but the foods that are chosen are selected from the Paleo diet.

This type of diet centers on certain types of foods that are believed to have been consumed during the Paleolithic era. It includes fish, meat, fruit, and vegetables but excludes grain and dairy products. Of course, for vegan purposes, the meat and fish are excluded.

What are the benefits of vegan and vegetarian diets?

Vegetarian and vegan diets have many health benefits. The tend to be much higher in vitamins C and E, magnesium, folic acid, and potassium. The fat content tends to be more unsaturated.

Vegan diets typically have less cholesterol and unsaturated fat that vegetarian diets and they contain more fiber. This translates to lower blood pressure, lower serum cholesterol, less risk of diabetes and heart disease, and much lower incidence of obesity. While some of these diets may require certain vitamin supplements such as calcium, vitamin D, vitamin B-12, and omega 3 fatty acids, most doctors agree that vegan and vegetarian diets are very healthy when done correctly.